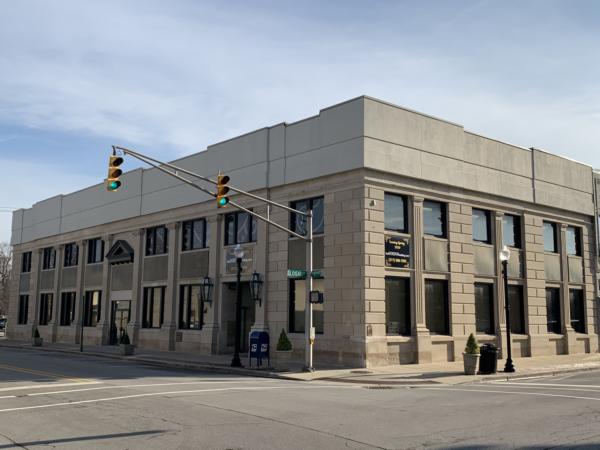 Historic Noblesville is about to get an infusion of art on the historic courthouse square. Noblesville Premium Properties recently purchased the former Key Bank Building at 9th and Logan Streets, and have renamed it The Gordon Building. The building is getting a facelift with some façade updates and mural panels.
“We wanted to give artists with ties to Noblesville an opportunity to showcase their work and inject some creativity into the downtown cityscape,” said Darren Ratcliffe, President of Noblesville Premium Properties. “When our family purchased the former Key Bank building we envisioned murals surrounding the building that would contrast the old with the new.” Built in 1910, the limestone building has been a cornerstone on the Courthouse Square. In 1933 when famous bank robber, John Dillinger, was a threat to the Midwest, the bank received a tip that Dillinger’s men had been casing the bank—fortunately Dillinger was captured before that happened. 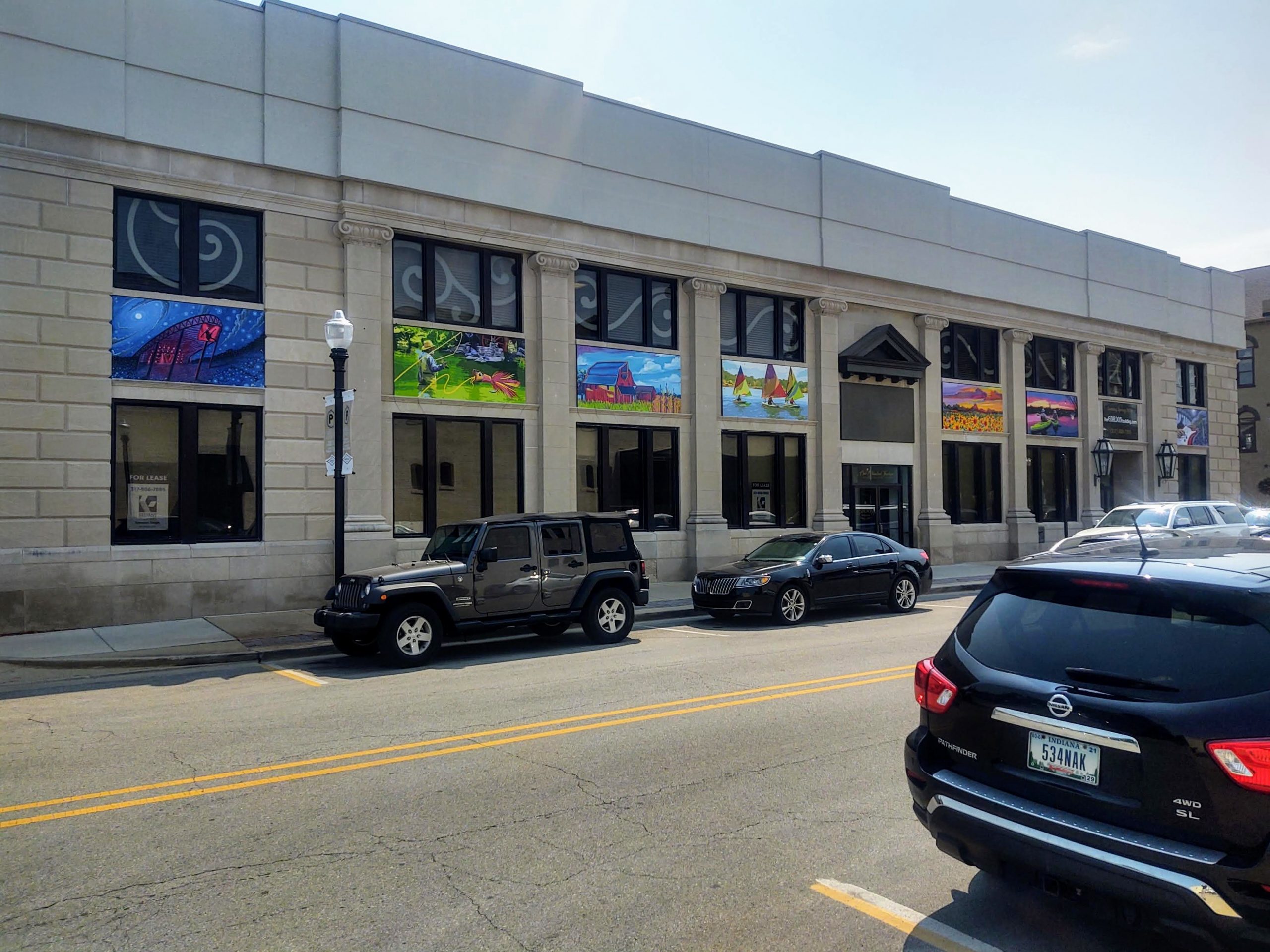 “We chose four artists and they worked with Noblesville’s Nickelplate Arts to come up with their individual designs that will blend old with new,” Ratcliffe said. Their murals are really bright, colorful and fun. As surrounding communities have embraced public art, Noblesville has slowly added a few murals around town. “Our family loved the train engine that was painted on State Road 19 under the bridge last fall and we wanted to invite that artist, Travis Neal, to showcase more of his talent. He chose a musical theme for his two murals because of the love Noblesville has for our music venue at Ruoff.” …story continued at THE TIMES