The Gordon Building Was Recently Featured in Current Magazine

The historic Gordon Building at the northeast corner of Ninth and Logan streets appears to have a bright future under new owner Dick Gordon of Noblesville Premium Properties.

The Gordon family bought the building in September 2019. It renovated the upper floor and added new lights, a new ceiling, new walls and new carpet. The second story is 6,000 square feet. The first floor is 7,500 square feet. The basement is 7,000 square feet. Spaces from 100 square feet to 5,700 square feet are available for lease.
“We are just now ready to lease it,” said Gordon, a Noblesville resident. “We’ve had people waiting to be able to go in and tour it. There’s been a number of calls. We just got it finished, and we just (recently) got some murals up.”

The murals are on the outside of the building facing Logan and Ninth streets. Artists Becky Hochhalter, Megan Jefferson, Koda Witsken and Travis Neal painted the murals to represent Noblesville. 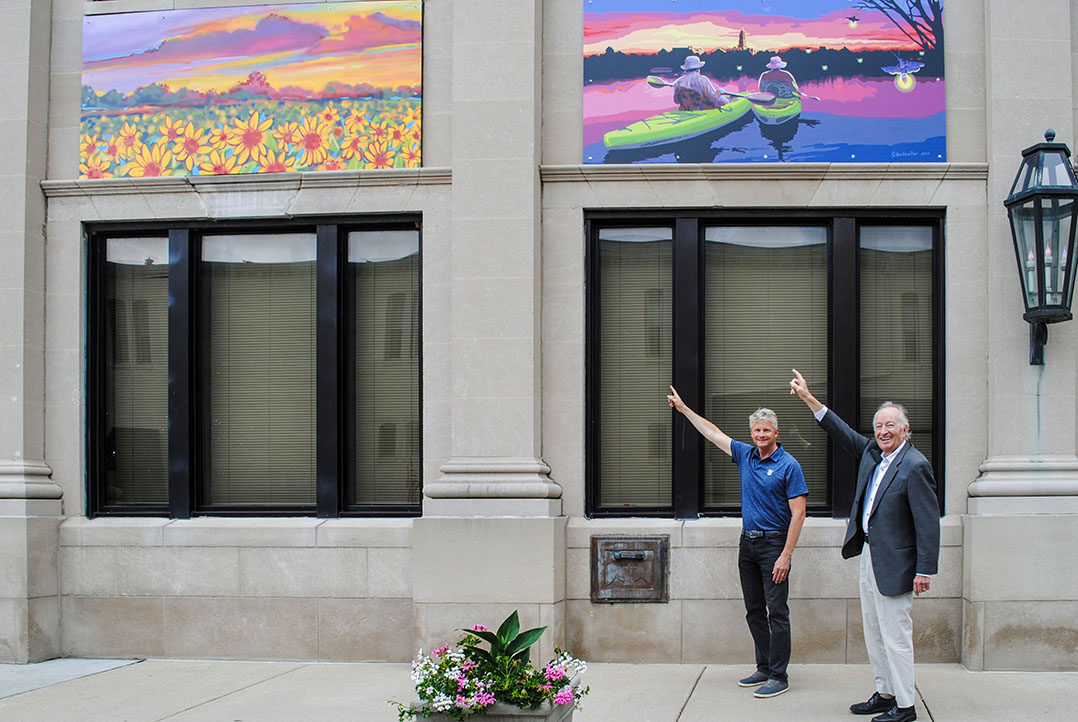 The Gordon Building, which was formerly the KeyBank building, has a rich history. It was built as a financial institution in 1910 and was the location for First National Bank. Gordon said in 1928, the building was sold to American National Bank for $14,500.

“It became one of the strongest-managed banks in the country,” Gordon said. “There were offices above the bank. Back in 1933, the president of the bank got a call that John Dillinger’s men were casing the place, but nothing ever happened because Dillinger was captured before anything took place.”

Gordon saw potential in the building and its location.

“We bought the bank because we think it’s the No. 1-looking building in all of downtown Noblesville, and we feel that Noblesville is on a path to boom in business and in development, and we just felt it would be a great opportunity,” Gordon said.